Starting the “New Face for Leprosy” project in Ethiopia

I visited Ethiopia with Alex Kumar and with Saba, and Berkie’s daughter
we photographed and interviewed leprosy patients for the New Face campaign. I enjoyed the Neglected Tropical Diseases (NTD) conference. We celebrated Ethiopian New Year with fire in Meskel square.  Ethiopian politics have improved the new prime minister Abiy Ahmed allowing democracy since he took up his post in April.

We launched our New Face for Leprosy campaign in Ethiopia in Sept 2018.  I first visited Ethiopia in 1994 to learn about leprosy and have leprosy projects there since then.  The New Face campaign aims at improving the image of leprosy and we have a small grant from the LSHTM social engagement project to support this work. The project team comprises myself, Saba Lambert our leprosy team member in Ethiopia and Alex Kumar, a doctor and photographer who was my DTMH tutee in 2016. Saba is passionate about improving the lives of leprosy patients through listening to their stories and helping them.  Alex has photographed public health in many settings.

Alex photographed patients in several locations. A taxi driver posed by his income generating vehicle and a boy beside his shoe shine business. Several women run a weaving co-operative producing beautiful white cotton embroidered with Ethiopian designs. Alex spent £100 there on cloth, one of their biggest spenders. I brought home a pan holder decorated with faces styled on Ethiopian murals.  Berkie leads the co-operative and was thrown out of her community when her leprosy was diagnosed, she overcome many obstacles related to her leprosy and now empowers others. She talked at a leprosy meeting and at the NTD conference.  Her daughter is a psychology student and she interviewed patients for us.  Many revealed that they had been suicidal at times.  The taxi driver had been illegally deported from UEA when his leprosy had been diagnosed and we published his story in Leprosy Review. We are translating their narratives and plan an exhibition for next World Leprosy Day (Jan 27 2019). Some of the patients did not want their pictures to be shown in Ethiopia because they had not disclosed their diagnosis to their family and friends, but they did not mind their pictures being shown overseas.  The people with leprosy wanted photos to give their families, these have to depict them looking serious, tthe favoured style for portraits here.

I visited ALERT, the leprosy hospital and AHRI the research centre.  In the hospital I reviewed a young man with bad erythema nodosum leprosum.  This is the painful inflammatory complication that patients may experience after successful treatment.  This man in his late 20’s had completed hid multi-drug treatment but he needed high doses of steroids and nearly died from steroid related complications.

A leprosy research day preceded the NTD meeting. Wim van Brakel presented his findings on stigma showing that 40% of patients had poor mental health and 20% had suicidal thoughts, we found this as well when interviewing patients for the new Face project.  These negative feelings can be reduced by counselling especially when it includes a human rights based approach. I talked about improving the detection and management of reactions in leprosy patients. I have argued in recent talks that WHO should be providing steroids to the national leprosy programmes because so many patients require them to treat the inflammation which complicates leprosy.

This was my first attendance at the NTD network conference which links the various NGO’s working on NTDS, WHO and governments and promotes cross sectoral collaboration.  This year held in the attractive modern African Union building in Addis Ababa.  I appreciated the strong patient voice in this meeting with Indian patient advocates speaking at the opening session. I enjoyed small group work in a session on telling NTD stories with patient input.  It is vital to talk with the patients about how their story might be presented in the media and be prepared for it to be twisted in its presentation. Pitching stories to the media is a vital part of NGO work and it is critical to have patient consent for their stories to be told. The conference is collectively keen on behaviuor modification especially the WASH (water access, sanitation, Hygiene) initiative. But it is difficult to get people to wash their hands even when there is water.  We are reinventing old truths long known, the Victorians knew that sewerage disposal was important and Balzaget built sewers for London, my grandfather knew that sewerage was important and was designing clean water systems in Indonesia in the 1920’s. more recently  the Indian prime minister Narendra Modi has launched a national access to toilet campaign which should help disease control and empower women in India. Compassion now has its own WHO department.

The first night the Leprosy group hosted a conference dinner with music and photos with a positive image of leprosy. The Trachoma initiative (TTI) hosted the final dinner with many photos of the progress  TTI work  over the years and a quote from my colleague Sol, (Anthony Solomon, an Ozzie who trained with us in London and Is now head of the WHO trachoma prog) about the need for mapping to establish disease burdens.  We were shown a short film about trachoma. Elimination of trachoma is going to be difficult, the elimination promise is reliant on the drug company Pfzier continuing to supply Azithromycin for treatment in communities. I predict this will be needed for decades in Ethiopia to treat infection  and also improved living conditions.

The Conference was advertised as being paperless and one found out about the programme  though an app that I was initially suspicious of but soon enjoyed using.

The conference is keen on elimination of disease and the latest disease to be targeted with elimination was launched, podoconiosis.  I fear that elimination will create the same challenges we have seen in Leprosy where perception of elimination caused a loss of resources and effort for managing leprosy. Podoconiosis can be prevented by people wearing shoes but it will takes decades. Alex visited Baha Dar in N Ethiopia to photograph the podoconiosis work there and found that no-one was wearing shoes even in the programme.

I enjoyed the conference with new  approaches to disease control such as behavior modification and meeting people working in different fields. It was refreshing to be at a medical conference where the patients had a stronger voice and people talked about human rights. 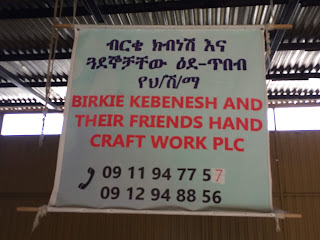